From Trashwiki.org
(Redirected from US)
Jump to: navigation, search 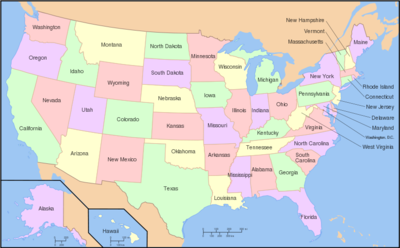 For more detailed info on each place see "States of the USA" template at the bottom of the page.

Because dumpsters are usually located on private premises, dumpster diving is illegal in some parts of the United States, though the law is enforced with varying degrees of rigor. The California v. Greenwood case in the U.S. Supreme Court held that there is no common law expectation of privacy for discarded materials. Dumpster diving per se is probably legal when not specifically prohibited by state or local law.

Police (and possibly other) searches of dumpsters and like discards are not violations; evidence seized in this way has been permitted in many criminal trials. The doctrine is less well established in regard to civil litigation.

Private investigators have written books on "P.I. technique" in which dumpster diving or its equivalent "wastebasket recovery" figures prominently.

Companies run by private investigators specializing in dumpster diving have sprung up around the country as a result of the need for discreet, undetected retrieval of documents and evidence for civil and criminal trials.