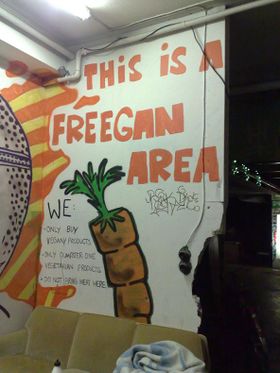 Malmö is a city in Sweden, very close to Denmark. Free-living is comparatively easy in Malmö, and many people live pretty much entirely of skipped food. As the competition is rather high, it can be difficult to find things in the most popular dumpsters, so one has to check more often than in cities with less competition to get lucky. The stores are quite used to daytime dumpster diving and are in general tolerant or even positive about it. This of course does not lessen the need to be clean and tidy while dumpstering. It's a good idea to keep the not locked in dumpsters as they are!

Freeshops and other places for freegan opportunities