Magdeburg is a middle-size city between Berlin and Hannover, and is the regional capital of the state of Saxony-Anhalt, Germany. 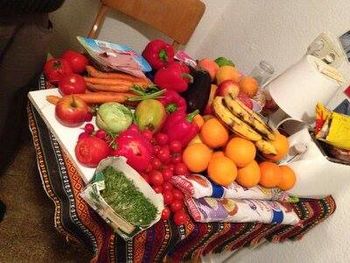 Lots of veggies found in December 2013 at the NP in Rögötzer Straße.

In general, divers like n0id have noticed that many supermarkets in Magdeburg have no accessible dumpsters, instead they use trash compactors. In Magdeburg, some individuals and groups (eg. the Green University Group) go dumpsterdiving regularly.

Some of the interesting places: