Doing The World For Free 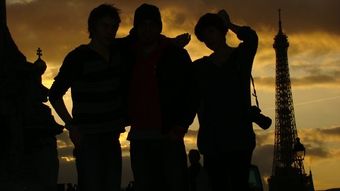 Doing The World For Free trio in Paris (it was a duo since Jenny's departure from the project).

Doing The World For Free was a project of three young friends (Kristopher and Liam (and Jenny who started in Sweden but left in France) who, during late 2009 and early 2010, travelled the world without money while documenting their experiences. They decided not to pay for either food, accommodation, nor any form of travel, and the main way for them to get somewhere and ease their hunger is for people to help them out. They used dumpster diving as part of their "surviving kit", and shared their experiences here on Trashwiki.

They had a website and 'Facebook' page. Both of which have been shut down without news of any end to their journey. The last message sent on Facebook read: "Hey guys we have some exciting news" but this was never disclosed and no reason was given for the end of the project. It was discussed in comments on their Facebook page that they are alive and well, but just gave up due to the difficulties experienced in travelling together for so long (especially as Liam was new to the group and unknown to Kristopher and Jenny before hand). It is also possible they were the victim of a legal challange by the CBS show 'Around The World For Free' which could have got involved to put a stop to suspected copyright infringement etc.

Excerpt from their website: "One of the main reasons for this journey is to open up a discussion about how we alienate ourselves from the responsibility we have towards others. In times as dire as this, after economical crisis, wars and barriers of prejudice between people, we wish to bring forth that with the help of others you can get far. Instead of building up fences where the issue of money governs all, we cross the borders of what you "can" do by casting money aside, and instead put trust into the PEOPLE. This show isn´t about us, but about You. About everyone. The simple person, the lone individual, and the power we hold as one."

Some of their pictures from their freegan trip around the world: