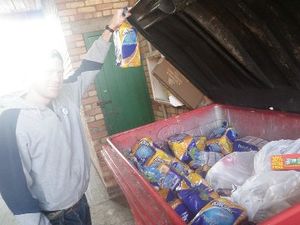 Cardiff, or Caerdydd in Welsh, is the capital, largest city and most populous county of Wales. It offers good dumpster diving opportunities, as well as probably other freegan possibilities.